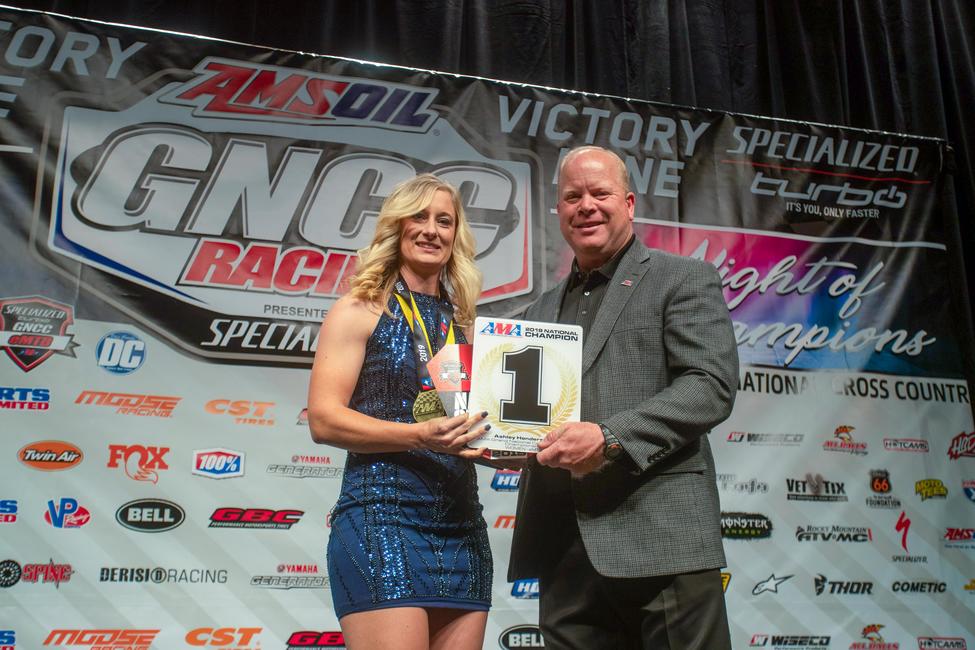 Impakt Media is pleased to announce that the 2019 GNCC EMTB Series Women’s National Champion, Ashley Hendershot, will officially join the Impakt Media / Wamlsey Cycles EMTB race team for the 2021 Season. Ashley will be the first lady to join the team as it prepares for its second year of competition in the only EMTB national series in the United States.

Hailing from Mansfield, Ohio, Hendershot won the 2019 Women’s National Championship in demanding fashion, winning 5 of 7 rounds. Ashley is currently working to defend her title this season as the GNCC EMTB Series presented by Specialized reached it’s halfway point in Tennessee this past weekend.

“I am super stoked and excited to be part of such an awesome group of riders for 2021,” stated Hendershot. “I hope to enhance what has already been started and have some more fun on EBIKES!”

Team owner and racer, Luke Nesler, is eager to work with Ashley and have her part of the squad next season. “I knew from day one that I wanted Ashley to be part of the team,” stated Nesler. “She does such a great job promoting the sport and getting other women excited about coming to the races and competing that it was a natural fit for us to have her join our crew.”

Ashley is also a Specialized Bicycles Brand Ambassador as she works daily to promote the sport and get more ladies on both pedal assist and non-pedal assist bicycles. She will fight to defend her national title this season and will officially be riding under the Impakt Media / Wamsley Cycles tent at the start of the 2021 season which is slated to start next March.