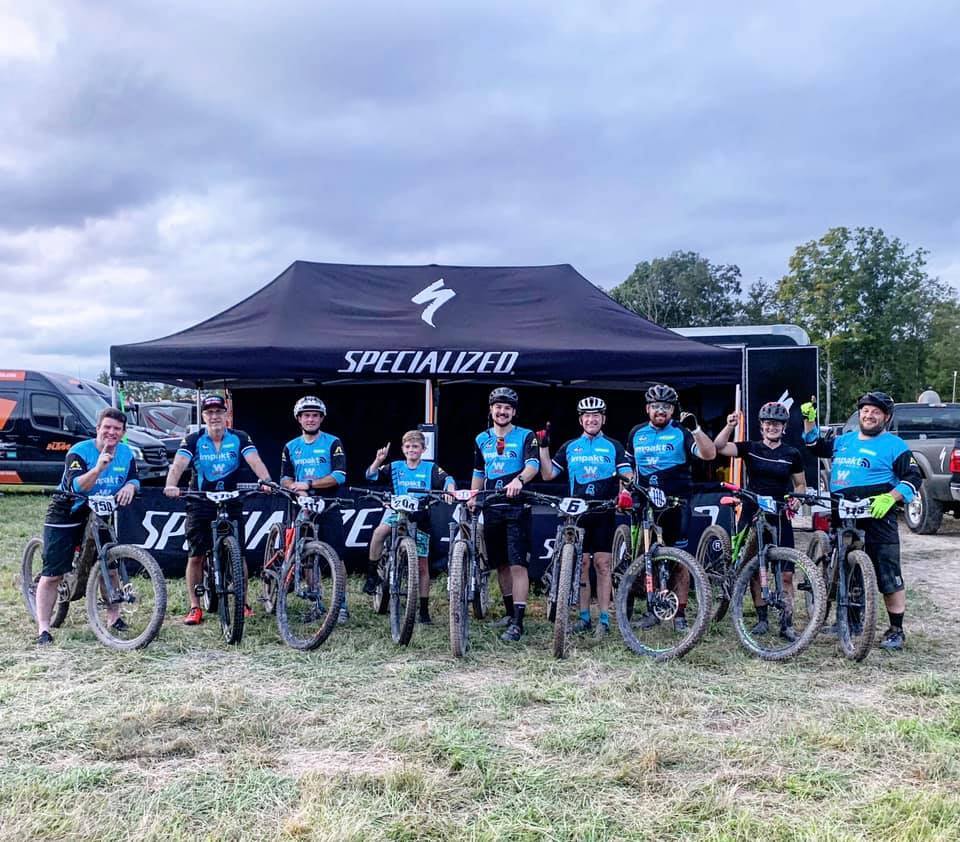 GNCC EMTB Series, presented by Specialized bicycles, went back to racing after a little over a month in Beckley, WV. Impakt Results/Wamsley Cycles had a banner day. Out of all five classes in the Series, The team won four. To top it off, 4 individuals on team are in contention for National Championship.

Colin Dierman, one of our Masters Class racers, is aiming to defend his 2019 Championship title. Ashley Hendershot, defending national championship, new racer for us, and she’s also tee’d up to defend her championship as well.

Cooper Kunef won his first race of the year, and he is within 5 points of the Youth Championship. Lastly, Adam Mayhew is up for the Amateur class National Championship. He took home his third win of the season. He has to finish ahead of his closest competitor this season.

The rest of the team did really well with posting their best results.

Team Manager/Owner, Luke Nesler talks end of season, “I’m super excited to see how well the team is doing late in the season. Really happy for our sponsors that are able to get the accolades, visibility, and recognition they deserve by us being on the top step of the podium.”

The Impakt/Wamsley Cycles team has two races left. One in Millfield, OH on Sept. 26th, and the final race will take place on Oct. 10th at High Point, PA.

According to Nesler, the team is excited for the final two races, and look forward to giving their all as the racing season comes to a close.